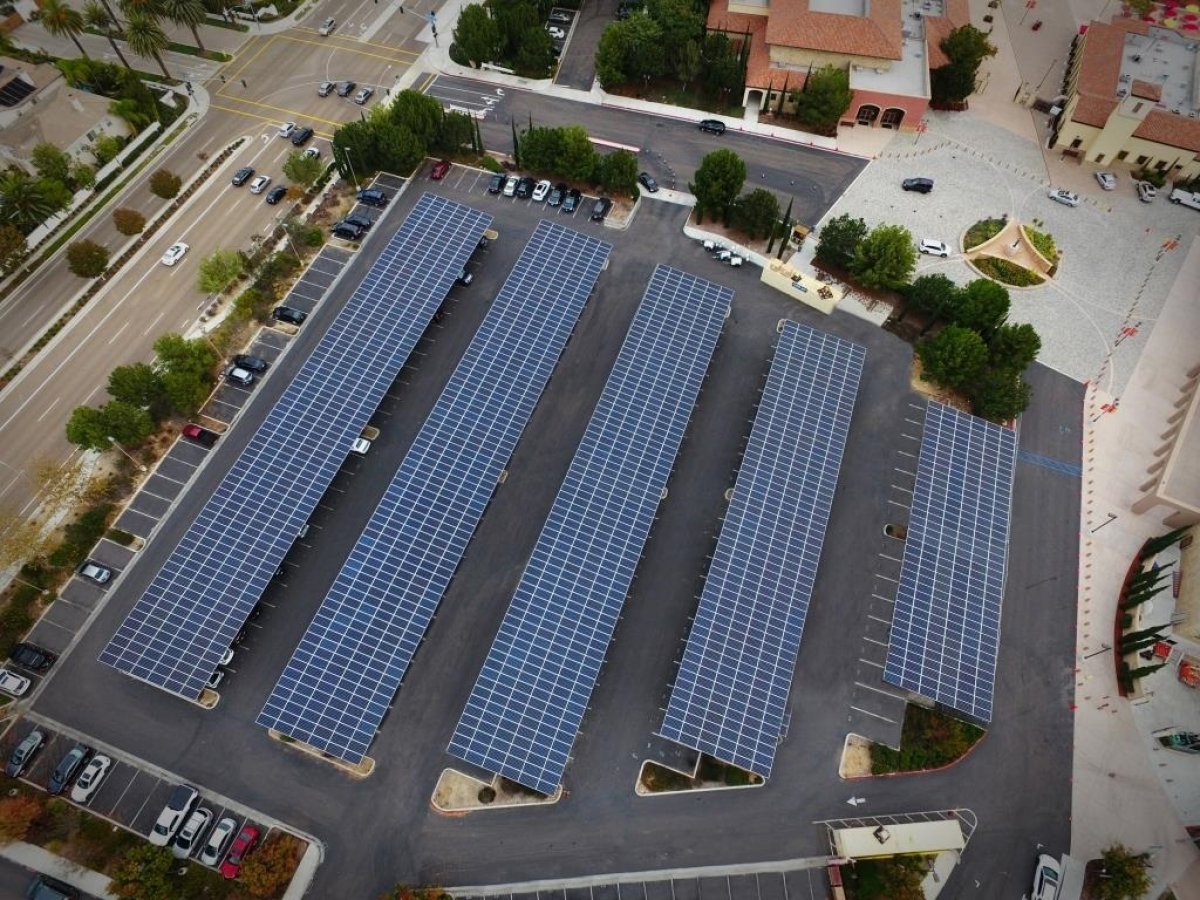 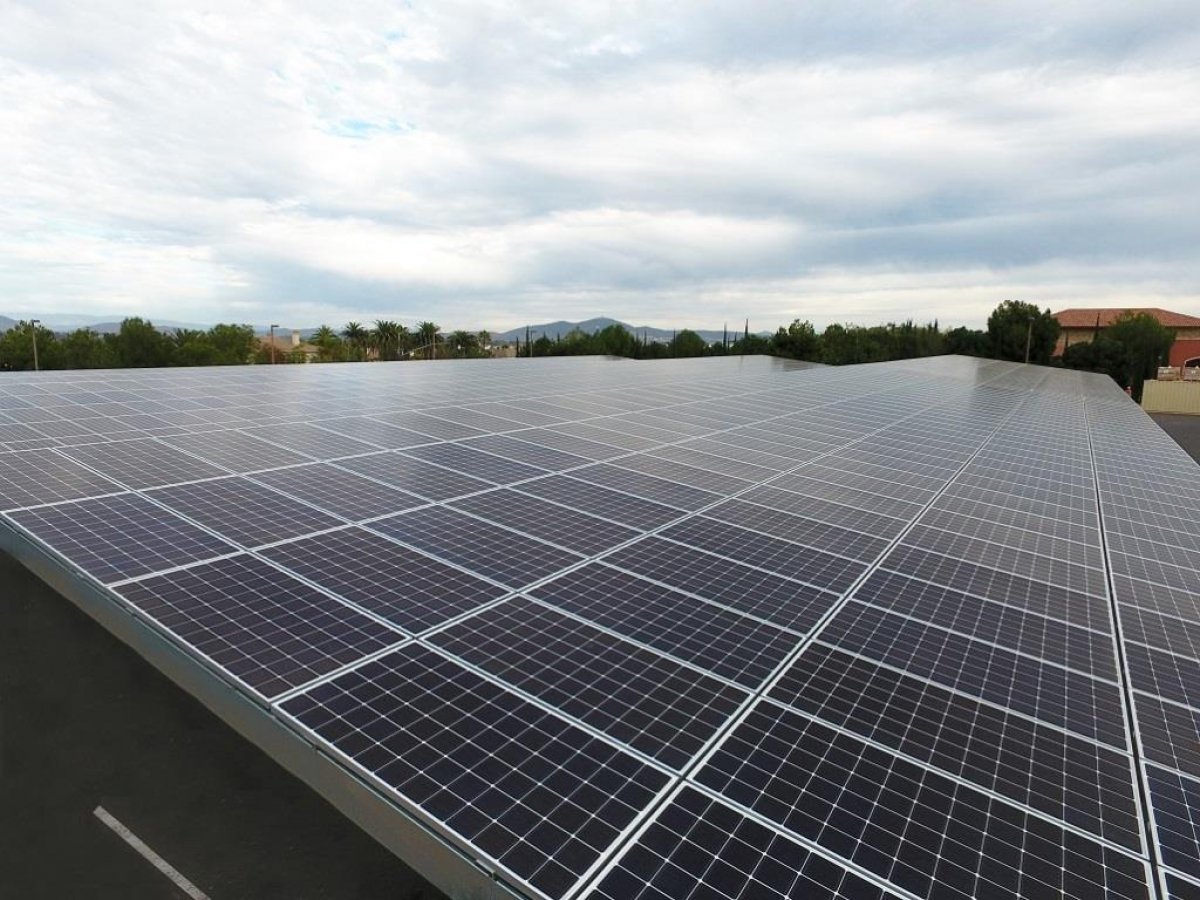 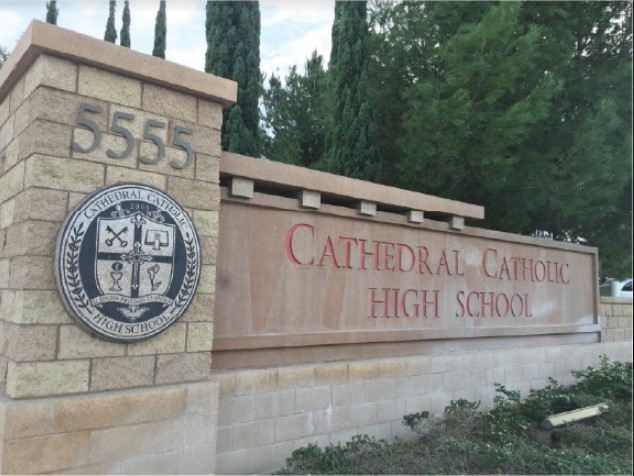 Cathedral Catholic was required to increase tuition rates to offset sky-rocketing energy costs. The school began looking into going solar as a way to take the focus off of the money being spent on energy in order to free up savings for extended education and outreach. The school also felt the responsibility to be good stewards of the earth’s resources. Cathedral Catholic’s goal to reduce their carbon footprint is an initiative they knew would benefit the overall health of their community.

"We’re focusing on being a green school. We want to be responsible citizens and good caretakers of the earth. And the savings we realize as a result of going solar will reduce our energy costs and help keep tuition increases to a minimum. This will enable broader community access to the amazing education we provide here at Cathedral Catholic" Stevan R. Laaperi, Cathedral Catholic President

Baker designed and installed 3,142 LG solar panels and 38 SMA inverters using a carport configuration. The Baker solar system was built to complement the high school’s building colors and façade. Additionally, Baker installed electric vehicle chargers that are available to faculty, staff, and students during the school day and to the community at large in the evenings.

Going solar was one of the other steps made to become a greener school. In addition to solar, Cathedral Catholic also installed 80,000 square feet of artificial turf and switched to LED lighting that consumes 90% less power.

"After careful consideration, we chose Baker Electric for our renewable energy needs. The company has a solid reputation built on Baker Electric, Inc.’s 75+ successful years as an electrical contractor. That, in addition to their proven solar expertise and their previous work on our campus, made Baker an obvious choice. We spend about a half a million dollars a year on electric power. We look forward to significant cost savings as a result of this critical investment". Stevan R. Laaperi, Cathedral Catholic President

The solar system reinforces the school’s core values of faith, knowledge, character and responsibility as it educates its students on the importance of caring for the earth through the use of renewable energy. The 1.1 megawatt solar system helps the school achieve savings of $80,000 to $100,000 per year on its electrical energy costs.

In addition, to meeting their financial goals, switching to solar also allowed the school to meet its sustainability goals. Cathedral Catholic’s solar system saves the equivalent of annual greenhouse gas emissions from 3,117,768 miles driven by an average passenger vehicle. It offsets CO2 emissions from 146,380 gallons of gasoline consumed or 1,388,166 pounds of coal burned per year.

CCHS’s collaborative community is dedicated to teaching students to assume responsibility for their own educational and spiritual growth. In partnership with parents, the school forms an educational ministry that is mutually supportive and committed to excellence.